Amazing concert at Sardinia 2015 with the Landfill Harmonic Orchestra

Probably the most unique experience for all participants of Sardinia 2015 was the possibility to listen the fascinating music played by the Landfill Harmonic Orchestra.

Landfill Harmonic is a group of young musicians that live next to one of South America’s largest landfills. This orchestra plays music from instruments made entirely out of garbage, from items scavenged from the landfill site; string and wind instruments are made with oil drums, tin cans, forks, bottle caps, and whatever is available.

Favio Chávez, the director of the Orchestra, being an environmental engineer with a musical background, decided to help the children who did not finish school because their parents needed them to work, by teaching them music lessons. At first it was difficult because they had no place to rehearse and he had to teach in the same place where the parents were working in the trash.

After some time, parents began to see that playing music was keeping their kids out of trouble, some even reclaiming children they had previously abandoned.
Soon there were more children wanting lessons than instruments to play, so Chávez and Nicolas “Cola”, one of the garbage pickers, started realizing instruments by using the recycled materials from the landfill. The Orchestra has grown from just a few musicians to over 35 members now.

On the second evening of Sardinia 2015 Favio Chávez, together with 15 musicians, entertained the public with their amazing melody. Another demonstration that waste is not only an issue!

To learn more about the Orchestra please visit www.landfillharmonicmovie.com.

Here the gallery of the emotional show: 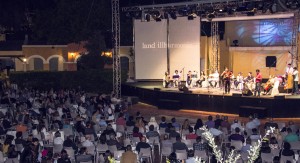 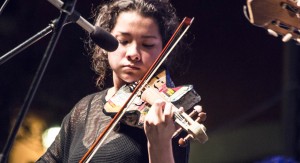 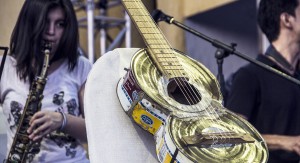 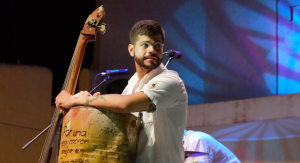 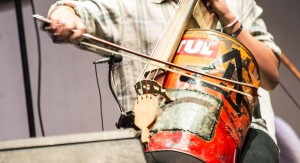 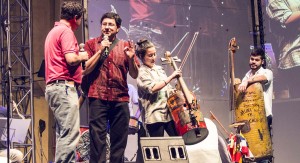 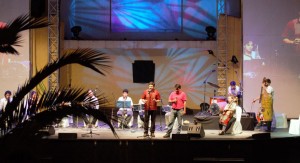