The event was attended by 732 participants (researchers, technicians, administrators and operators) from 63 different nations with the presentation of 537 scientific papers, selected according to quality by the Scientific Secretariat from 827 offers of papers. The conference included 89 oral sessions and 39 specialized workshops for a total of eight parallel tracks, two parallel events, discussion forums and roundtables, a continuously accessible poster area and a wide exhibition space for companies working in the field of waste management.

Several workshops were devoted to the presentation of innovative international projects. As usual, the conference provided for extensive discussion on the optimization of existing technologies and development of new ideas, placing particular emphasis on controversial issues such as WEEE, anaerobic digestion management and landfill leachate management, material recovery, thermal treatment (incineration, pyrolysis, gasification), including monitoring environmental impact and health effects of emissions. 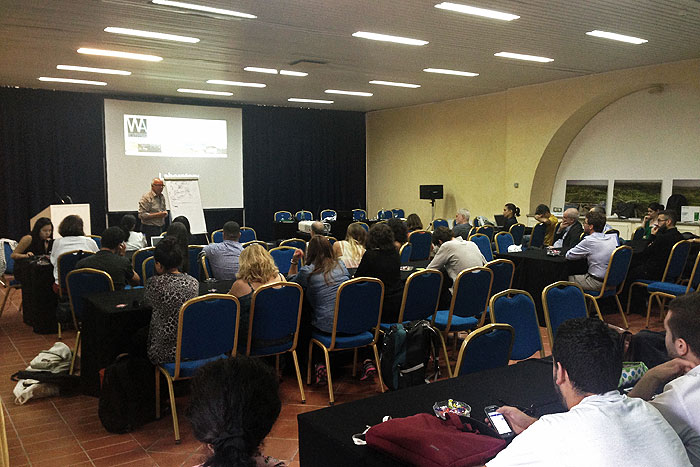 As an integration to the extensive program of the symposium, the conference was enriched with a 2-day parallel event on “Waste Architecture / Rehabilitation of Landfills” coordinated by ARCOPLAN / Studio associato di ingegneria e architettura with the scientific support of the Department of Industrial Engineering, University of Padova and the Department of Architecture, Design and Urban Planning of the University of Sassari, Alghero. The Workshop represented the first of a series of thematic seminars on environmental design and interventions related to the collection, disposal and management of waste. This first appointment focused mainly on the architectural, functional and landscape rehabilitation of old landfills.

Furthermore this year’s edition explored the possible links between Waste and Art, Architecture, Music and Photography in a series of parallel initiatives included in the scientific programme , in the general context of the Symposium and in social events. For instance the Organizing Committee launched the “Waste to Photo” photography competition with the specific aim of recreating a scenario representing the global situation with regard to waste and landfill.  The most significant photos (selected among 120 submitted) were used to set up a Photographic exhibition to illustrate the differences, contradictions, difficulties and progresses encountered by this issue in a series of contexts throughout the world, ranging from developing countries to the more industrialized nations. Prabha Jayesh Patel from India came first in the contest with her shot entitled: “Your waste is their responsibility”.

The great success of this edition was due to the high scientific relevance of the presented papers, as well as the rich “menu” of social activities, most of which centered on Chinese culture. China, in fact, was the Guest Country of Sardinia 2015. 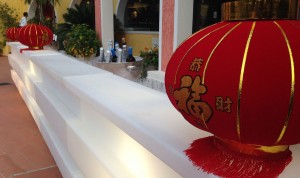 On Sunday 4th October, delegates were welcomed by a colorful Chinese cocktail, which afforded the possibility to meet old and new friends and colleagues in a relaxing atmosphere, surrounded by the lively Chinese colors and atmosphere.

The table tennis tournament scheduled on the first evening of the symposium was enjoyed by both Chinese and other delegates. Participants played together, without considering the level of expertise.
There was a sole real winner: fun!
The traditional football match was extremely well attended in this edition, with several teams made up of participants from different countries taking part in a mini-tournament. Players had a lot of fun, as well as supporters!

On the second morning of the conference all participants were invited to go to the beach at 7.00 a.m. to learn an ancient Chinese form of exercise: Tai Chi Quan. 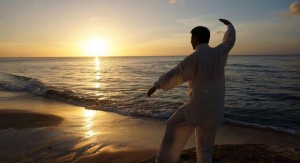 The lessons lasted for 30 minutes, and were so successful that it was decided to extend this activity to all other mornings. Thanks to the “master” Qiyong Xu, from Peking University, Beijing (CN) for his considerable effort!

Probably the most unique experience for all participants was the possibility of listening to the fascinating music played by the Landfill Harmonic Orchestra. Landfill Harmonic is a group of young musicians that live next to one of South America’s largest landfills. This orchestra plays music from instruments made entirely out of garbage. Favio Chávez, the director of the Orchestra, together with 15 musicians, entertained the public with their amazing melody.

Following the huge success of the show in the 2009, 2011 and 2013 editions, another “Sardinia’s Got Talent” was organized, during which delegates attending the Symposium as well as staff members came up on stage and displayed their talents and felt like true artists…at least for one night! 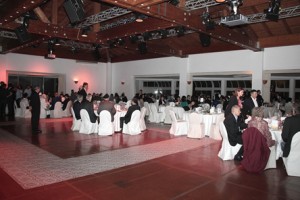 As per tradition, to celebrate the closure of the conference week, all delegates were invited to a formal gala dinner in the elegant Sala Bianca at Forte Village. Participants were able to taste typical Sardinian products as well as excellent Sardinian wines. During the Gala Dinner the “Life for Waste” Award was officially presented and best paper awards were delivered to the winners of the different categories.

At the end the party music began! 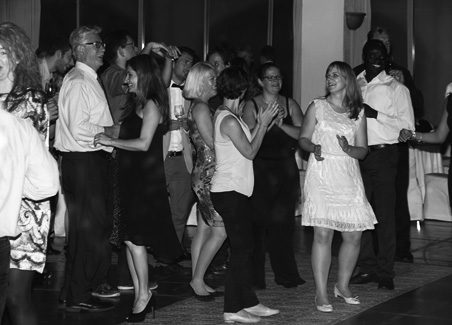